What a shakedown run, for us and the boat! A long 165 mile, 30 hour trip from Wales to Falmouth, no options to stop on the way, there is nowhere to stop. Gave us a chance  (trial by fire) to find problems, again, with us, and the boat.

Set off from Pembroke at around midday and headed out the estuary with the ebbing spring tide at about 11am on Tuesday 25th May.

As the calm safety of the estuary water started to transform into moderately rough bay waters we donned full waterproofs and life jackets and made good to head out across the 100 miles till we would see land again. It’s quite humbling watching the landmass disappear over the horizon behind you to face a 360 degree horizon of water.

Out of sight of land and with a slight sea but good wind we were sailing well at 7-8 knots and getting used to the boat, seized and worn ropes, pulleys and blocks meant wrestling her to into action but it’s better view than a gym.

We were soon joined by the first of 4 pods of dolphins who started playing with Nemesis, jumping through the waves beside the boat, almost within touch, seeing mothers with their young playing together and seeing them watching you and making eye contact, almost for approval or to judge your reaction to their games is so very magical. I had no idea of the huge amount of wildlife in the channel with hundreds of Terns and Puffins along the journey and just as the sun set a pilot whale gracefully surfaced across the bow and carried on its route as if to just let us know she was there.

Then the remnants of the sun dropped below the horizon and the cold chill began in earnest as the seascape darkened and as most people were probably settling in for a warm evening and planning to sleep we zipped up jackets, donned gloves and settled in for a long nights cruise.

Checking the GPS down below became a sanity check on a completely black sea and eventually at about 4 am the distant lights of Lands end poked above the horizon and the sky slowly started to brighten from the East, by 5 am we could see the outline of the Cornish coast and at about 8 am started to round Lands end.

That’s when the real “fun” started and we turned into the Easterly wind and the seas suddenly became very Cornish with 5 meter breaking waves making a very bouncy, very wet and very uncomfortable trip up the Cornish coast. Nemesis is a lightweight racing boat and while handling the seas fine she is so responsive at the helm the auto helm is as good as useless in anything other than flat seas so she needs constant attention and with her narrow keel yaws as she tops each wave so has to battled back to a straight path but eventually Steve and myself learned how to anticipate the handling and compensate.

By this time we had both been up for nearly 24 hours with the merest of naps and the tiredness was really setting in, I started to feel it worst and managed to get a couple of hours sleep despite the slamming of the boat and water breaking over the bows as Steve helmed.

If we had been well rested I would have enjoyed the large seas and early morning shower but as we were both exhausted we just wanted to get it over with and despite going into Penzance bay we could find any shelter that didn’t dry out at low tide so we had no choice but to cary on to Falmouth, the first port we could get into and get out of again when we wanted!

Arrived Falmouth 6pm on Wednesday 26th May, absolutely knackered and hungry so after some fun finding out the anchor wasnt locked and can easily be knocked off the bow with an errant knee while afixing mooring lines! We managed to get into Falmouth marina and eat, drink and catch up with much needed sleep (and shower 🙂 ).

Here’s some pics of the aftermath of the cabin after those seas! Have to lash things in MUCH better tomorrow! Oh and try to fix the leaks in my cabin, a soaking wet sleeping bag, passport and papers, and cushions showed a very leaky chain locker! I better get used to sleeping in the damp.

Tomorrow (Thursday 26th May) we are hoping to get off across the channel for the next leg, a 100 mile trip across the channel to Brest in brittany, France. With not much change in the weather and force 5-6 winds and moderate seas we should try to get the most done at night again before the weather turns worse and we can arrive at Brest in daylight.

Not sure when we’ll next have an Internet connection so for now, au revoir. 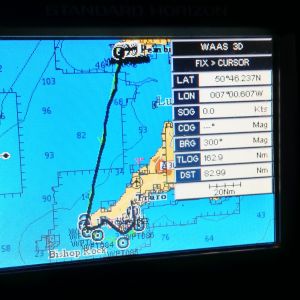 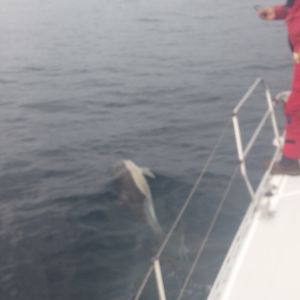 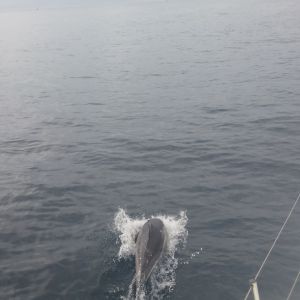 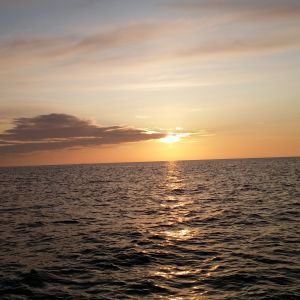 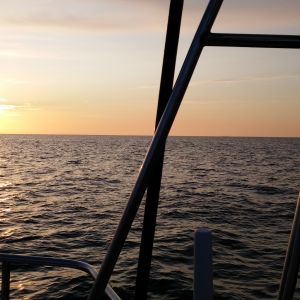 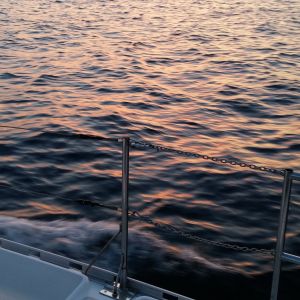 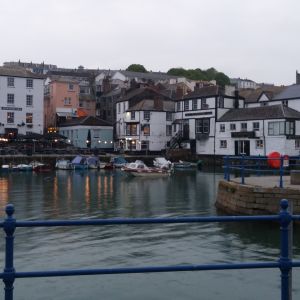 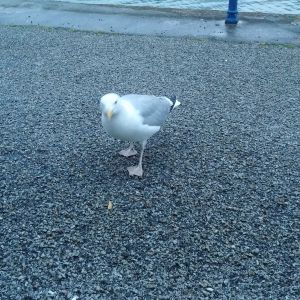 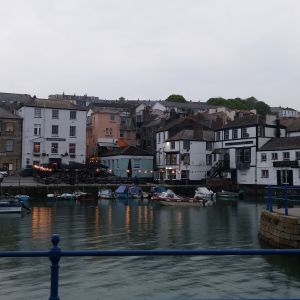 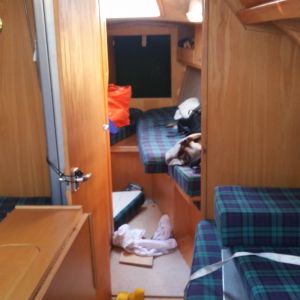 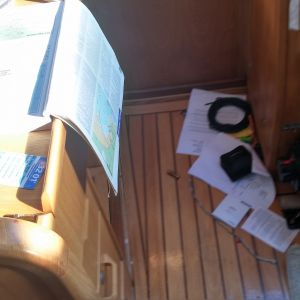 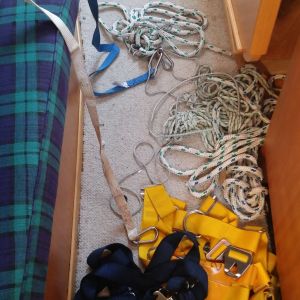 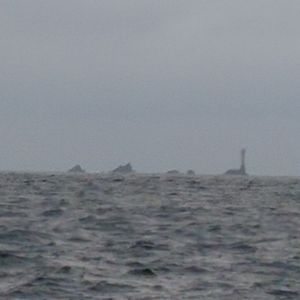 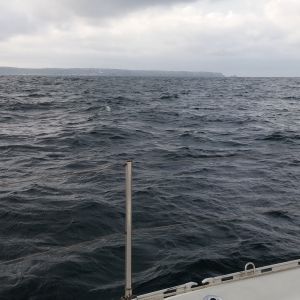 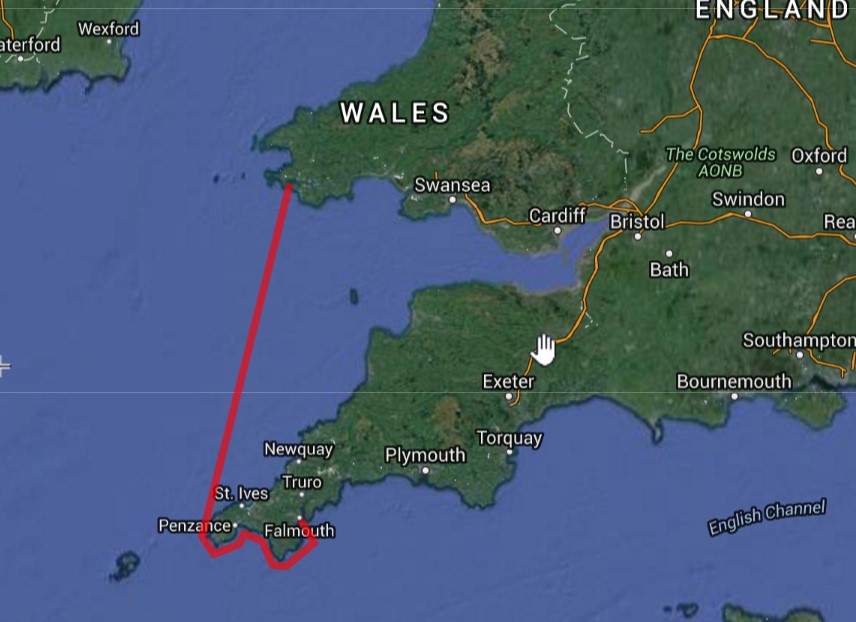