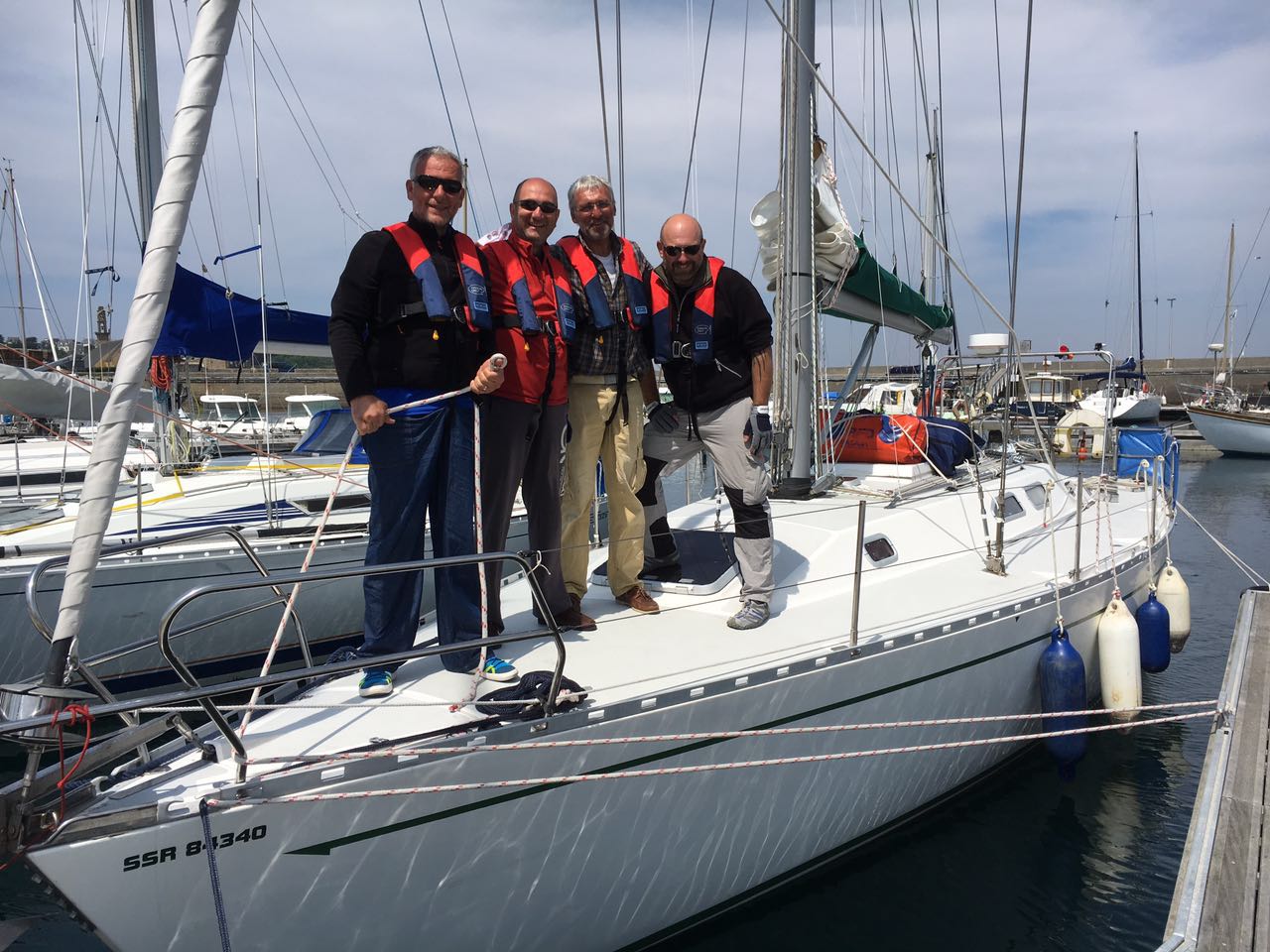 The “I crossed the bay of Biscay and survived” T-shirt is on order.

Thankfully Poseidon was smiling on us this week and gave us a trouble free crossing, calm to moderate seas and good winds saw us make good time and for the first two days and nights we didn’t even need to adjust the sails.

It’s also a bigger deal than it probably seems to actually live on a boat in passage for 4 Days,  you need to readjust almost everything. The biggest thing to get used to is resting and sleeping, thankfully now we are four people it’s easier to make a proper watch schedule, without a working auto helm you really need two people on deck or at least available all the time,  when it’s just two people on the boat it means very little rest and sleep.

One of the awkward things of night sailing is having to operate everything in the dark, captain doesn’t like torches on deck (it affects night vision) so you have to learn by heart which ropes operate what by touch and memory alone, frustrating for an OCD addict like myself who likes to double check before releasing or pulling any ropes and Nemesis has a LOT of ropes.

With four people we had three, four hour watches during the day and hourly rotational watches at night with the one relieving the other from watch staying around for an hour to be available if needed while the other two slept. This works well and when adjusted gives adequate rest.

Another adjustment is learning to do everything at a 30 degree angle and a rocking boat. You can’t walk without using handrails everywhere, using the toilet is ummmm, interesting. You have to sleep on the leeward side of the boat (away from wind) BUT that can change during watches as courses change and then youre on the floor quite quickly, also if the sea picks up, suddenly your comfy sleeping position has moved considerably. Getting dressed is something akin to watching a child try and dress itself and watching a new born deer try to walk for the first time. Cooking is fun too, with a constantly moving gimballed stove I’m amazed at what the guys have managed to cook (I can’t cook on a fixed one in my kitchen let alone here!), we had thought of an idea for a new TV show “Can’t cook, at a 30 degree angle, Won’t cook, at a 30 degree angle”.

The crossing itself was relatively uneventful, after crossing over the continental shelf limit the swells grew in length and you start to experience waveception with waves upon waves upon waves, there were some dolphin sightings but the French dolphins aren’t nearly as playful as the Falmouth ones and kept their distance. The complete lack of all birds signal you’re very far from land but there was one exception, nearly half way across the bay a wood pigeon started circling the boat, obviously very tired and quite obviously very lost. He finally plucked up the courage to land on the foredeck amongst the flapping sails and ropes, I suppose he realised he would die from exhaustion is he didn’t so what’s to lose? He rested for a while then left, I hope he found his way across the bay too. 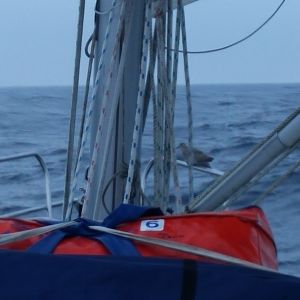 When we drew close to the Northern tip of Spain, captain decided to carry on for as long as possible down the Atlantic coastline and take advantage of the wind so we did, as we approached Vigo on day 5 of the crossing the winds dropped to almost nothing so i went to drop the mainsail and noticed a small link pin on the deck, it was from the boom! The split pin had come out or broken and the boom dropped so we had to winch the boom back into position and get the pin back in and locked, thinking that was the only drama for the day we started the engine and motored for a while till the engine stopped, by itself!

Steve went to work fixing the engine while I tried to get the boat sailing in very light winds in the general direction of a local marina. Eventually the engine was fixed and we could make the marina before nightfall.

Now to apply more sun cream, finish off a few boat jobs, restock with food, water and fuel and head off for another long leg, a 200 mile trip to Lisbon. 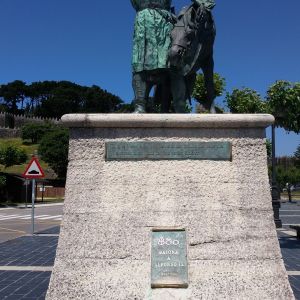 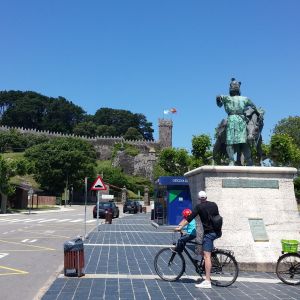 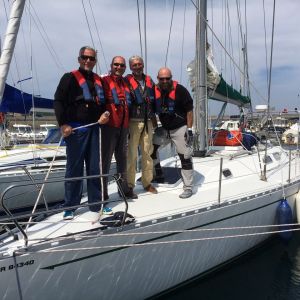 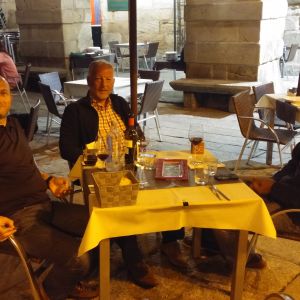 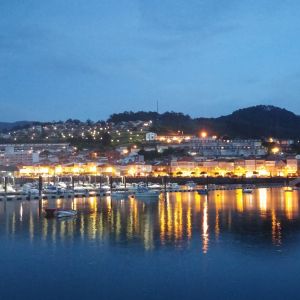 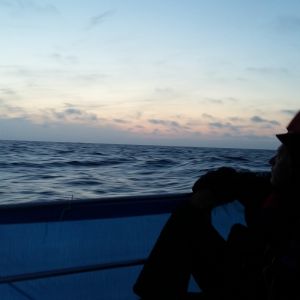 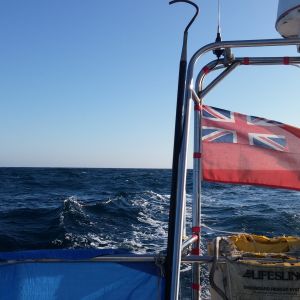 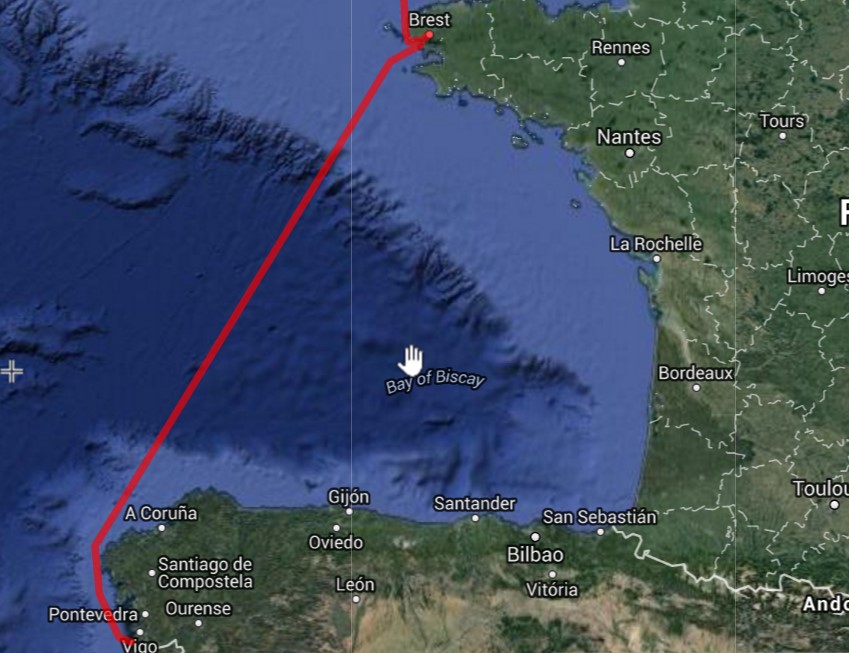