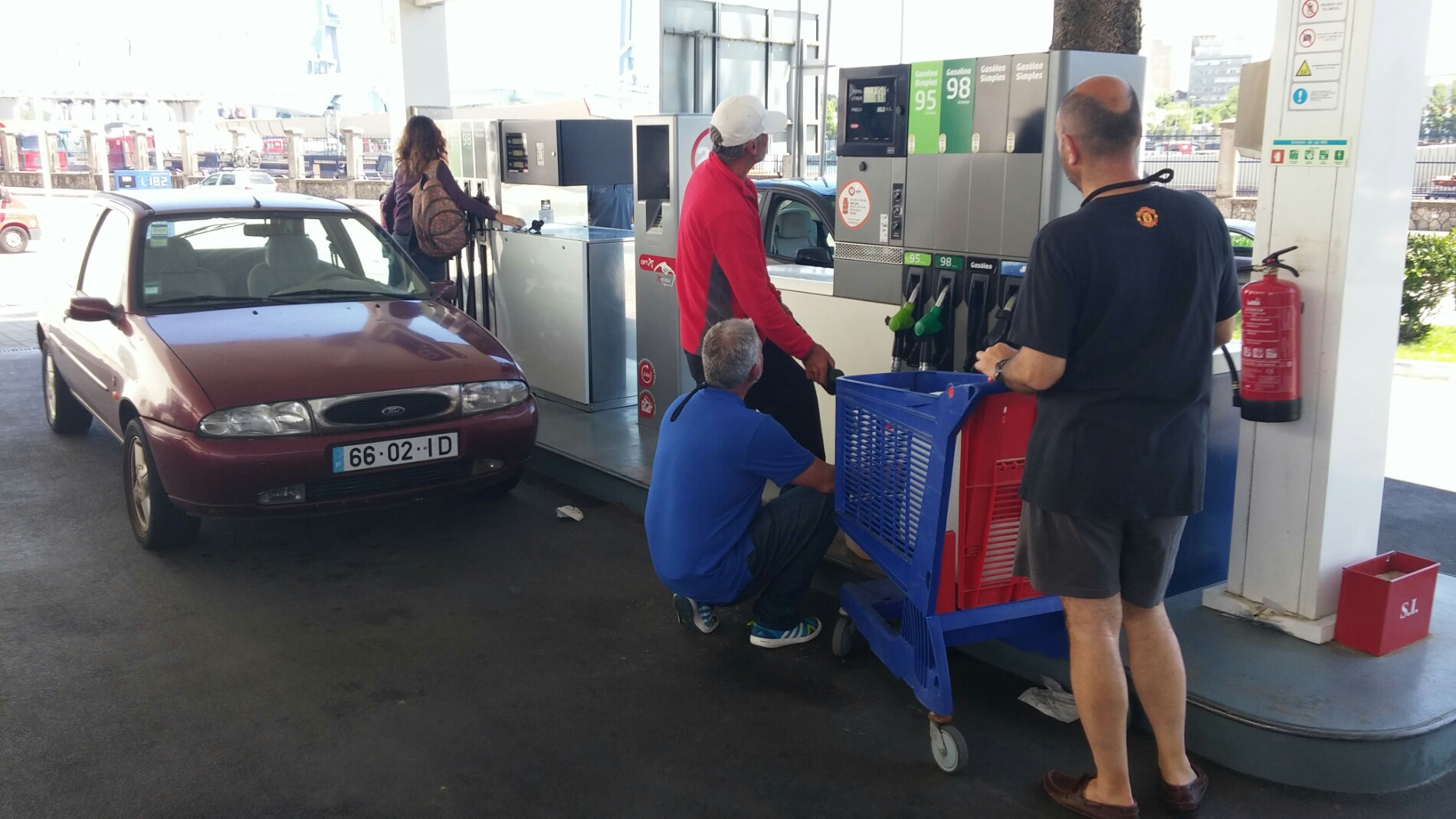 The first attempt saw us leave the pontoon just as the engine decided to stop again so we were dead in the water, luckily the wind pushed us onto an empty pontoon where we had to make good and repair the engine (fuel leak) again.

The second time we were off, out on a Southerly heading down the Atlantic coastline, leaving Spain behind and entering  Portugal.

The wind was almost non-existent so we had to motor sail most of the way and nighttime came quickly. With zero light pollution so far offshore the starfield is breathtaking and you can very clearly see the milky way and clouds of distant nebulae in the night sky.

It was also amazing to get approached by dolphins in the pitch blackness as their tails whip up a  phosphorescent cocktail of algae leaving a sparkling blue trail of light behind them, watching these weird underwater blue sparkles racing toward the boat in the dark waters was unnerving till we knew what it was. Two amazing events that it’s just not possible to capture on non-professional camera equipment sadly.

The whole Portuguese coast is littered with crab pots, the local laws dictate that any potential marker bouys must have flashing lights to identify them to vessels at night. Rubbish! I saw ONE that had a light otherwise it was like a 2 player video game all night, one at the bow trying to spot pot marker bouys at the last minute looming from the darkness  and one on helm to deftly avoid them lest any ropes get wrapped around, and potentially disable, the propeller.

As day dawned we continued running an almost 180 degree course due South and the day warmed up quickly,  it’s striking to notice the day and night temperatures getting so much warmer so quickly for each day we travel a little more South. Getting low on fuel we stopped in for a “splash n dash” at Porto BUT the marina had run out of diesel!  No problem they said, there’s a petrol station just down the road they said, here’s a shopping trolley, throw your cans in that and see you later. So we did! And had a tiny taste of Porto,  from the very brief glimpse it seemed like a wonderful place, the yacht club we were moored at was modern, clean and tidy and full of kids and teens out for a Saturday sail,  the sailing school was out too with young kids in optimist dinghy being followed by instructors in inflatables teaching them how to sail, brought back memories of my optimist / mirror dinghy racing days as a kid.

So we got the fuel back on board and headed off immediately back out to sea for the long trip to Lisbon,  the night watches were uneventful until my early morning one while watching a spectacular sunrise over a calm ocean, suddenly from nowhere ….

against the backdrop of a dead calm crystal clear sea reflecting the sunrise off the water a pod of Dolphins joined Nemesis at around 5 am to play alongside the boat and the video that I managed to get speaks for itself, a magical, spiritual experience.

Later the other guys reported seeing sharks circling the boat and the dolphins showed up to chase them off! None of that on video though unfortunately. We are currently in Lisbon after a long and difficult late night entry to the marina. Sadly Kaan will be leaving us in Lisbon but glad to have a new friend and having a good time on the boat together and we will for sure see each other again in Antalya.

Lastly, an example of what happens when you have a tired, hot crew who have obviously been on the water too long. 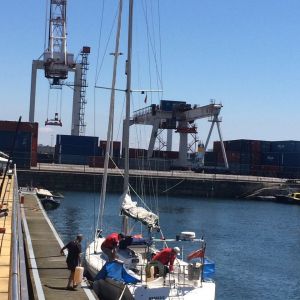 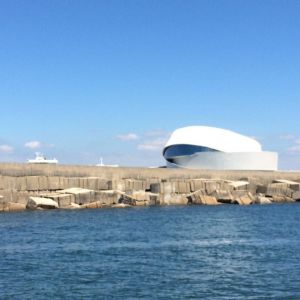 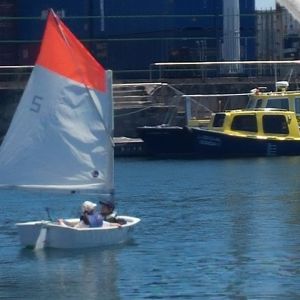 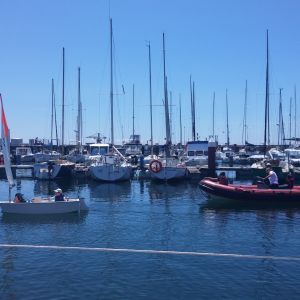 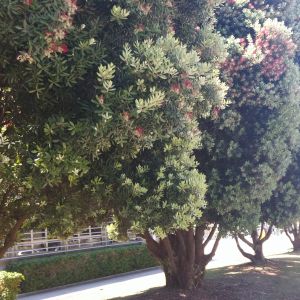 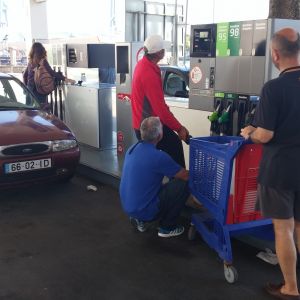 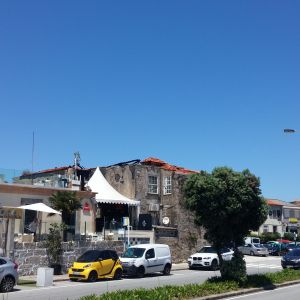 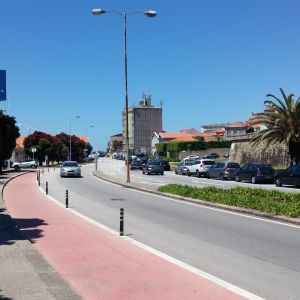 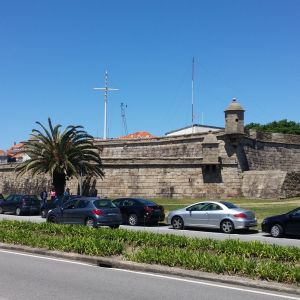 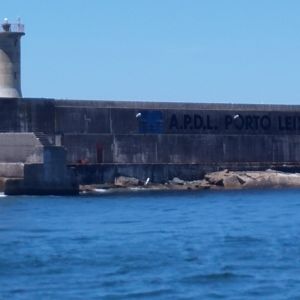 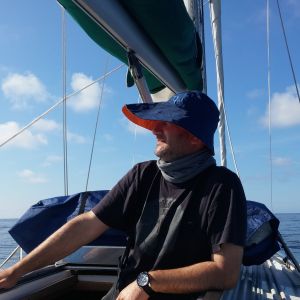 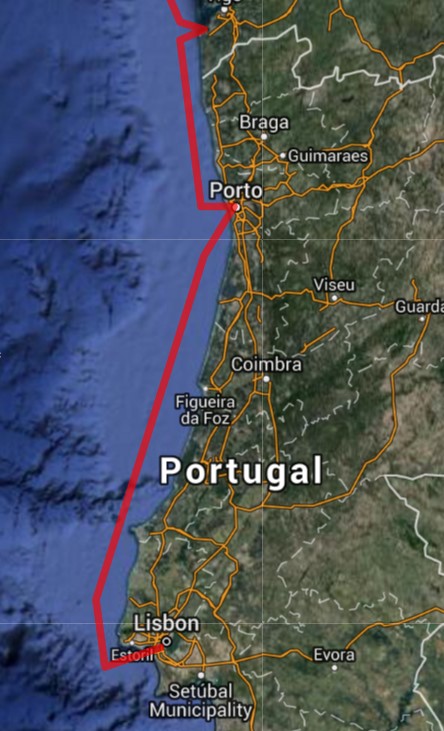