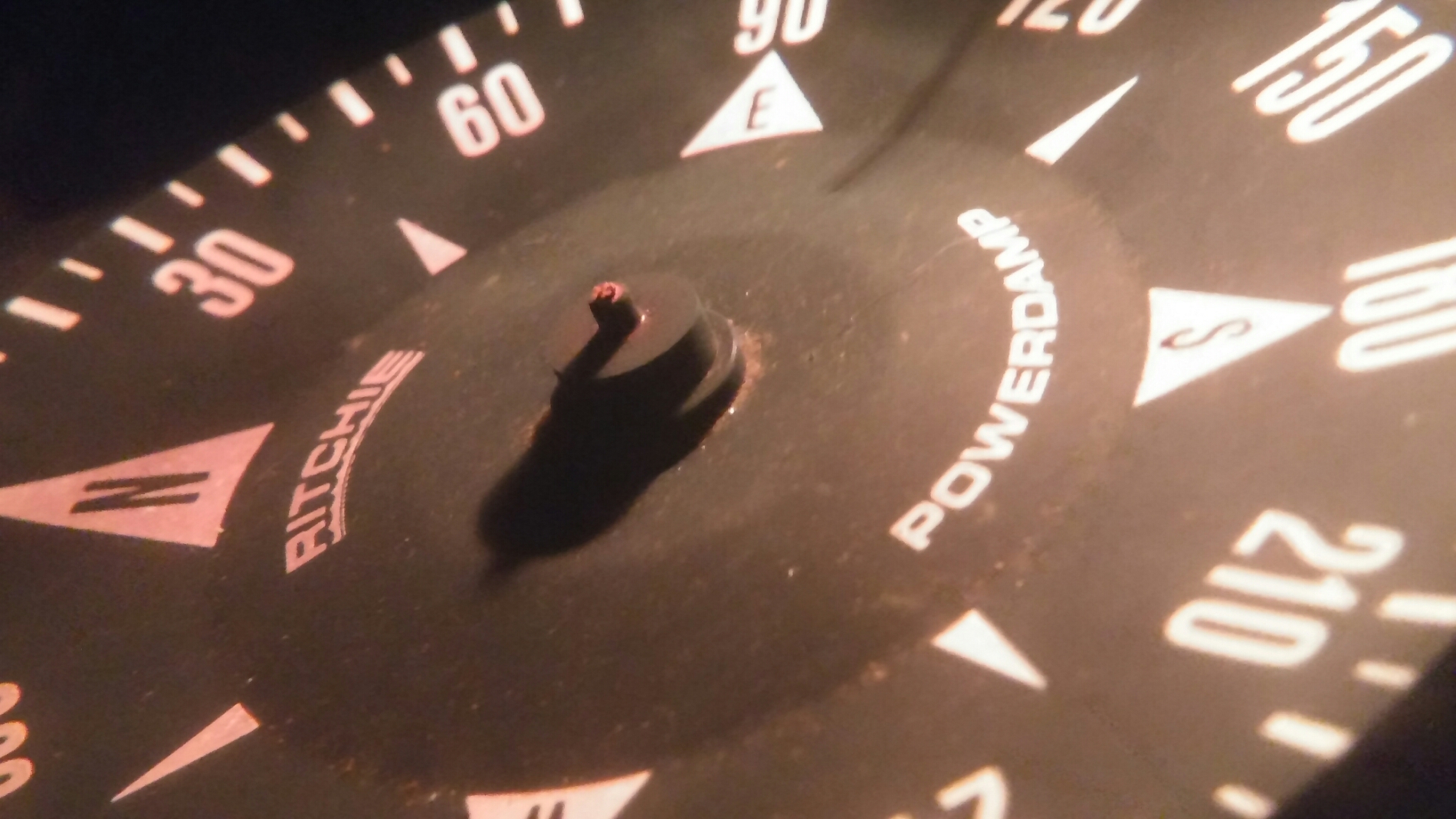 We didn’t have much time in Lisbon Marina, with good winds and weather prevailing and some bad weather for the area forecast to be moving in soon we had to make ready and ship out (excuse the pun) as quickly as possible. But the little I saw and experienced of Portugal has made me yearn to come back for longer, maybe a LOT longer 🙂

We made good time down the Atlantic coast and had a near miss in early morning daylight  (thankfully) when a cargo ship went steaming past full speed, no regard or even recognition of anyone in the way. Captain was probably on his playstation.

Other than that it was time for relaxing a bit and soaking up the sun and nigh on 30 degree heat, gone were the waterproofs and fleeces, time for shorts and T-shirt now.

As we rounded the Cape the wind dropped to zero and becalmed, we started motoring on our 250 mile track that would see us across the middle of the Gulf of Cadiz and into the Straits of Gibraltar. That was the plan!

In the calm of the gulf it was unnerving to see my first ever real life shark fins  (outside an aquarium), in the calm waters it was easy to see the dorsal fin and tail breaking the surface and with a good 1.5 meters between the fin and tail the sharks must have been about 2.5 meters, enough to bring back all those JAWS scary moments. They were always alone but we saw 3 or 4 instances of them across the bay.

So it was a calm and uneventful day (except for the sharks!), the wind started to pick up in the evening and we could finally get some sail up and start moving under wind power again, by the time my midnight watch had ended it was a good 10-12 knot wind and moderate swell and waves, we were making good progress, I went down to try and grab an hours sleep.

I did get some of that hour but I was awoken from my dream of floating weightless in space with Sandra Bullock and George Clooney by being slammed back onto the bed, the bow was pitching up and down violently and I had actually been weightless for a split second as the boat fell away beneath my dozing body. Scrambling to get up and get the waterproofs on I was shocked to hear (for the second time this journey) the VHF siren wailing as an “all ships bulletin” came in, these sirens announced a distress message or mayday from ships in trouble asking any nearby ships to help, the waves, wind noise and siren woke me up pretty quick.

Climbing outside and attaching my safety line I saw that the seas were now a good 4 meter waves right on our bow, the sails had to be reefed right in and we were motor sailing into the wind just to keep some forward speed, the wind had picked up to a force 6 and the sea state was rough, it was manageable but far from comfortable so I started my watch but it was really a case of all hands on deck, we were all tired from not much sleep having been on the boat for a couple of days and a night already but we were prepared to battle through and just as daylight broke the engine ran out of fuel. This was to be expected, captain had wanted to drain the tank entirely to see how much fuel is used, unfortunately it ran out in the middle of this storm and we had to get a spare tank out and start to transfer it in the rolling seas. Now Ahmet had taught us a great trick to siphon the fuel, ever since a kid I’d always sucked a hose to create negative pressure in the hose thereby allowing the fuel to flow, you usually end up with a mouthful of fuel doing like this though, Ahmet showed that by forcing positive pressure into the upper vessel you can achieve the same thing so by covering up the large opening and blowing hard through a  small hole you can use positive pressure to force the fuel flowing, anyway, even this method in a rolling sea isn’t ideal and we had no transfer pump so ended up trying to balance whilst pouring a 25 liter can of diesel into a funnel in a force 6 storm.

With some spillage we attempted to start the engine but nothing! With the boat slamming up and down against large waves on the bow we had to try and keep the boat headed forward under sail but as slow as possible to avoid the slamming effect as much as possible whilst also allowing enough forward speed to enable the rudder to work, so I took the helm and Steve went below to fix the engine, yet again!

With distress calls coming in thick and fast on the radio we struggled to keep the boat slowly moving and after an hour or so the motor was running again but we weren’t sure for how long, we carried on track for a while then a weather report came in forecasting gale force Easterly winds in the straits that we were headed directly towards. So the decision was made to turn inland and have a 50 mile run to the nearest port where we could examine the engine properly and take stock. Just then, to make matters worse the mainsail tore! A tear across the sail from the 2nd reef point meant the sail had to be dropped and we motored for 8 hours though the rough seas (that slowly got better the closer we got to land), during this trip out of the storm we were joined by yet more dolphins but these were different than we ones we had seen before, much larger, almost double the size and dark grey, like the “flipper” dolphin, they accompanied us for nearly an hour and kept us awake and entertained, jumping up and rolling on their backs before diving back in, it was an incredible show from these gentle giants and a nice reminder that we weren’t alone in those unfriendly seas.

We finally moored in Cadiz, Spain. Exhausted, hungry and thirsty we showered, got a beer, food and slept. 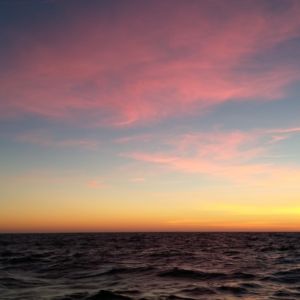 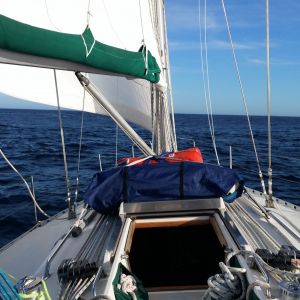 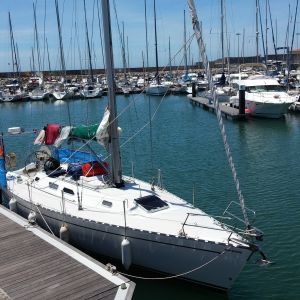 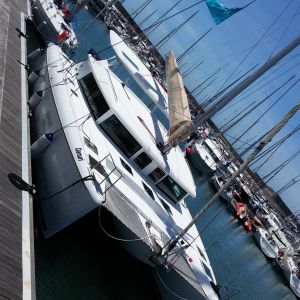 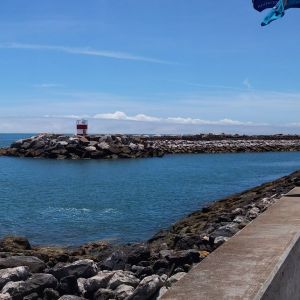 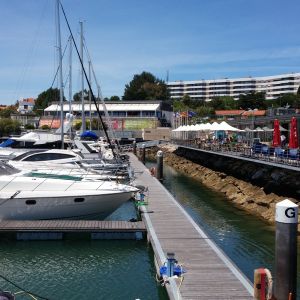 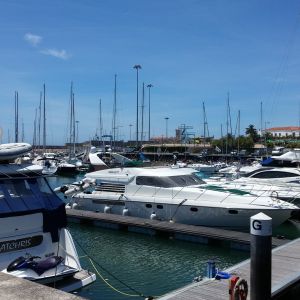 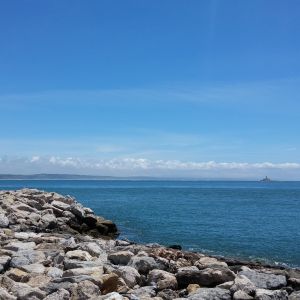 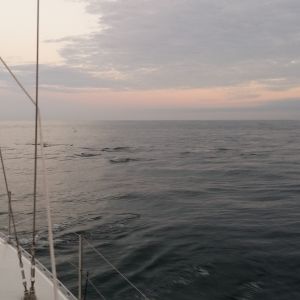 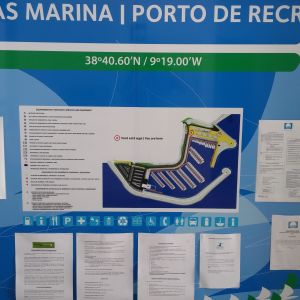 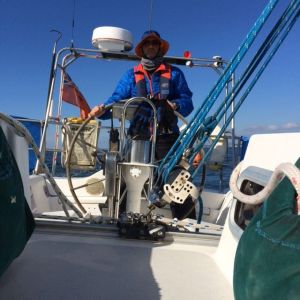 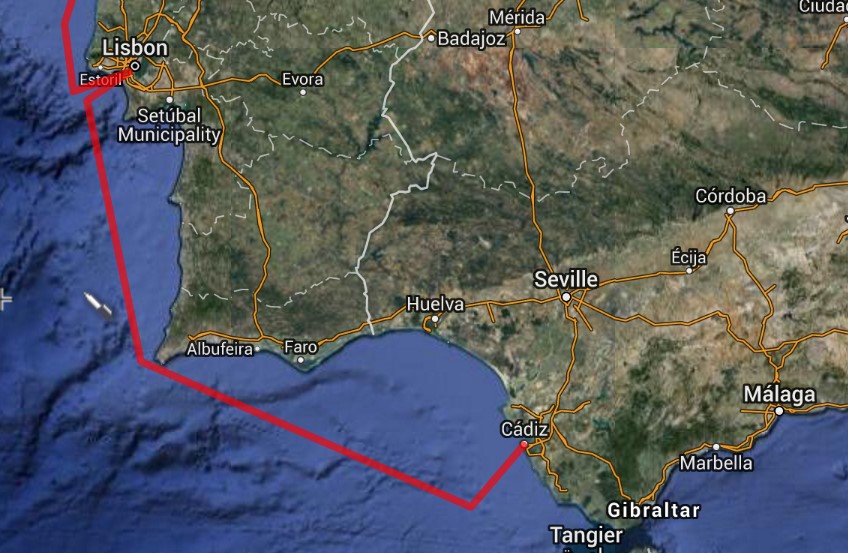