I survived the coup, both of them

The one on the night of 15th July 2016 and the long con one that’s been going on for a decade.

As for the “attempted coup” on the 15th July I wanted to document my feelings and memories before they fade. It was scary, knowing Turkeys history of military coups, the military used to be seen as the protectors of Ataturk’s secular republic, watchdogs to ensure Islamist’s dont return Turkey to a religious state, Erdogan neutered the military years ago, deservedly so, the military should have no place in country politics, the fact that neither should an uneducated imam is academic now.

I was made aware of what was going on about 11 o clock with a call from a friend staying in Istanbul saying there were Tanks and soldiers blocking the Bosphoros bridge. I jumped out of bed and fired up the computer to see a social media storm of posts showing the army on the roads of Istanbul, some tanks and soldiers had taken over Ataturk airport and they had issued a notice that the military had seized the government and a curfew was in effect.

With gunfire on the streets of Istanbul and the noise of F16s breaking the sound barrier in the skies there was no reason in those first few hours not to believe this was a real takeover. I was getting calls and messages all night from friends and cyberfriends asking if it was real and what we should do, my advice was just to stay inside till we knew more, there didn’t seem to be much action outside of Istanbul and Ankara but while it was considered “real” its not worth taking chances.

Just like 9/11 however, after the knee jerk emotional reaction dies down and your rational side (well, those that HAVE a rational side) starts asking questions the “reality” of this supposed coup attempt started to take shape.

It became clear very quickly in the following hours and days that this “coup attempt” was looking like a very badly staged false flag event. BUT RTE has a huge following of like minded (pious, arrogant, violent, hatred fueled, xenophobic) followers and they fell in line lock step behind their “prophet” immediately, setting the narrative for the future.

The following day there were still Kilometers of cars queuing for fuel and people emptying every ATM in the country as well as the supermarket shelves in a normal panic reaction.

Since then a state of emergency was announced giving Erdogan ultimate power and a de facto one man rule of the country, there is a completely arbitrary rule of law if any at all,  the CHP and MHP political parties fell in with him and they have effectively merged into one big political party with their only opposition, the HDP, being rounded up and imprisoned, HDP democratically elected MPs and Mayors being removed and replaced by government stooges and neither the EU or the US batting an eye.

RTE immediately framed the “Gulen supporters” as the instigators of the “coup attempt” with no evidence and to this day there has been no explanation of who planned and carried out the so called coup attempt! With a huge number of arrests, detentions, asset seizures and alleged tortures far exceeding the 1980 coup its clear that this was indeed a “gift from god” for RTE and his now realised ambition to eradicate the last remnants of dissenters and critics in Turkey and be the uncontested, uncriticised one man ruler of Turkey.

When Joe Biden visited Turkey he gave an alarming look into their “red line” when he said that everyone should calm down as they haven’t executed anyone yet!

So the West seem to be able to absorb the massive human rights violations by a NATO member and EU member applicant which is bad news for natives and expats alike.

The “attempted coup” of 15th July 2016 may be reported as a failure but it seems it suceeded just fine for a certain individual and his party, cui bono? It may have wrecked hundreds of lives but the long coup so successfully carried out by the AKP and their worshiped “leader” has and will wreck millions more lives before its over. 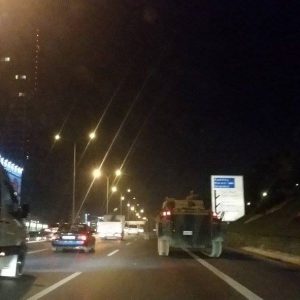 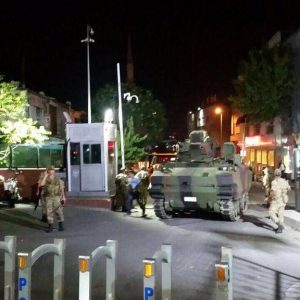 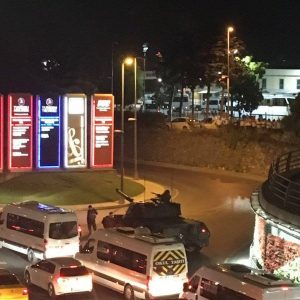 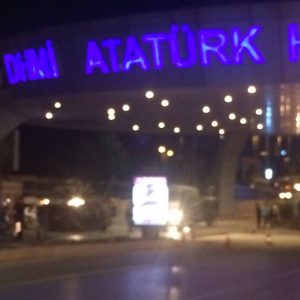 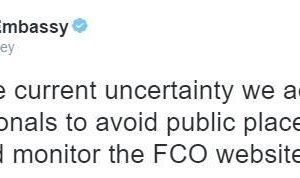 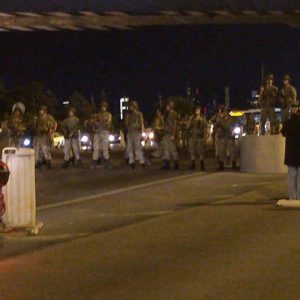 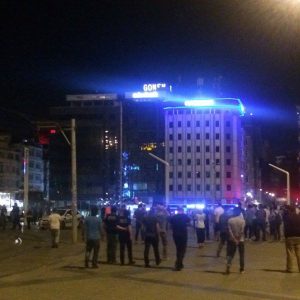 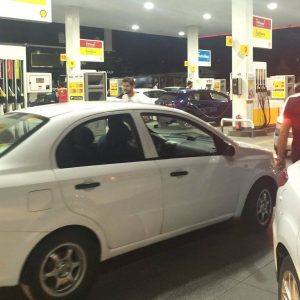 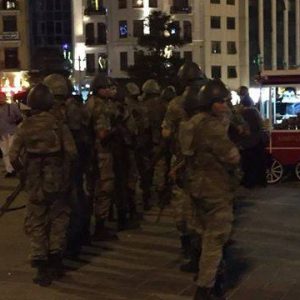 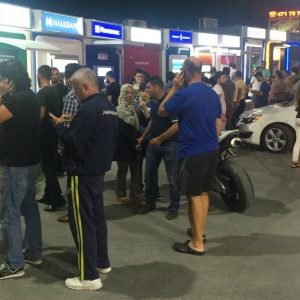 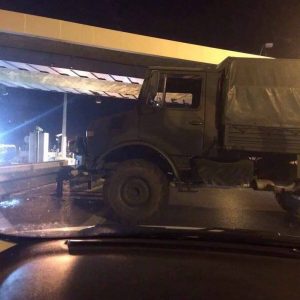 Since 15th July 2016 a massive purge of the remaining anti government people, journalists, businesses, schools and organisations is ongoing, the government have announced that new courts and prisons are being built as quickly as possible to hold all these people that have been sacked, detained or arrested with no evidence of involvement in the coup, no due process and no means of appeal.