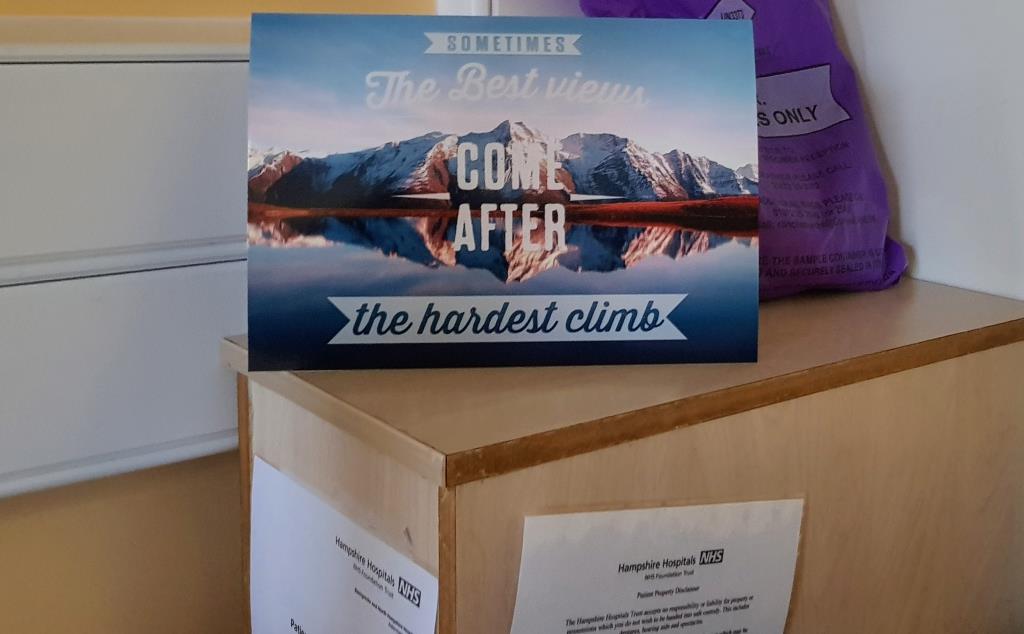 All I knew was that a specialist unit in Basingstoke were monitoring my case and attending (remotely) the meetings about the progress every week. I was told it was unlikely I would qualify for the “radical surgery” they performed as I didnt meet all the criteria. Then the 2nd round of chemo failed and the peritoneal tumours showed no reduction in size , quite the contrary, even with chemo and some *cough* special oil and a shitload of circumin.

So my oncologist told me there was basically nothing they could do besides 1 last cocktail of chemo that probably also wouldnt work but was worth a try and to prepare myself for a completely unknown lifespan but probably not exceeding 6-12 months.

2 weeks later I had a call from Basingstoke peritoneal malignancy unit saying theres a chance I could be accepted for surgery there and could I go for an exploratory laparoscopy! Could I? Damn right I could. So I was in for one night, had the exploratory surgery and the man from Basingstoke, he say yes!

So a date was booked for me to have the Pseudomyxoma surgery (I know, I didnt know what they were talking about either), I was told it would mean a large operation of between 8-12 hours, around a 1 month stay in hospital and another 1-3 months convalescence at home.

Fine, what other options did I have? I was grateful to be accepted, its only life extension surgery with a high (91%) recurrence rate but it can buy you up to another 10 years if you’re lucky so of course I agreed with humility.

On enquiring and researching what the surgery actually was I was shocked, one of the consultants told me it was known as the MOAS (The Mother Of All Surgeries) I thought he joking, turns out he wasnt.

Pseudomyxoma surgery has been around for about 10-12 years and is maturing all the time, it’s a procedure that entails a number of operations all carried out at the same time.

Originally designed for (and still used for) appendix cancer, the technique has been refined to also include peritoneal malignancies such as secondary tumours and disease. For men the most common is a flare up of a previous colorectal cancer, for women, ovarian cancer.

If left untreated, these tumours get pushed around the peritoneal sack and like spinning a huge jackpot wheel can land on and infect anything it touches and death is certain, it’s just a case of how the disease develops that will dictate how much time you have left.

To treat this there is a list of 12 operations that you have to consent to having without knowing beforehand which ones will be necessary. I was cut from sternum to groin (stopping just before the “fun zone”!) and luckily only needed half the operations but I was still on the operating table for 10 hours.

The previously identified tumours and the masses they were stuck to, were removed, two incredibly experienced and talented surgeons then literally stuck their hands in my abdomen to manually feel and palpate the organs and muscle to make sure no nodules or disease had been missed. Then a heated chemo solution is pumped into the cavity and left for one hour while the body is rocked from side to side to ensure it penetrates everywhere, this is to hopefully kill any errant cancer cells to small to be detected.

70 staples later I was closed up and awoken in ITU choking on the breathing tube that tore my throat lining on the way out and that heralded 4 days of severe pain (didnt help that the epidural came out on my first night in ITU but I wasnt sure if the pain I was feeling was normal, turns out, no, it wasnt!), massive temperature swings, topping 41 degrees at one point and at the height of treatment I had 19 tubes inserted into various natural and man-made holes in my body linked to many pumps and monitoring machines. 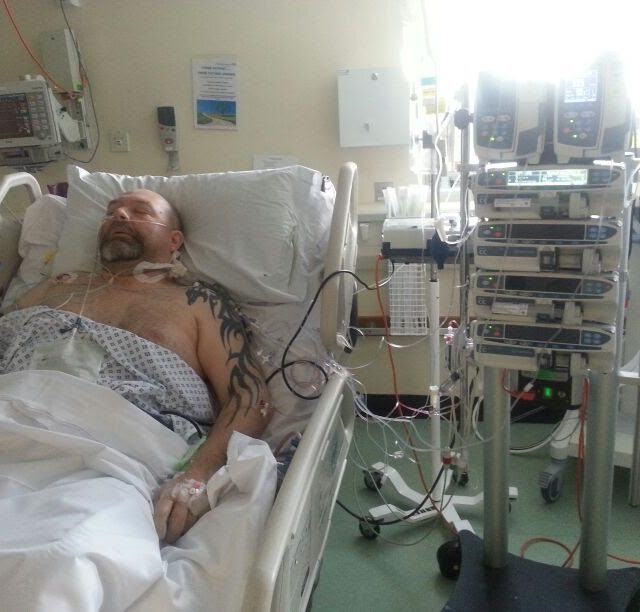 In ICU, four days after surgery

When more or less conscious again I was told that the op had been successful, 100% cytoreduction (medical speek for “we got everything out”) but the joy of that was countered a little by my biggest fear of the surgery, having a stoma bag! Luckily it was temporary as they found some disease in a part of the colon and had to “close it for business” while the resected bit healed properly. So Im hoping by the end of June 2018 I can say goodbye to the bag although to be honest its not as ewww and as awful as I thought it would be.

Im not sure what the long term outcome will be, a recurrence is statistically likely but when and where is in the hands of fate, for now, I have been handed an extra life and am grateful and enjoying every day of it. 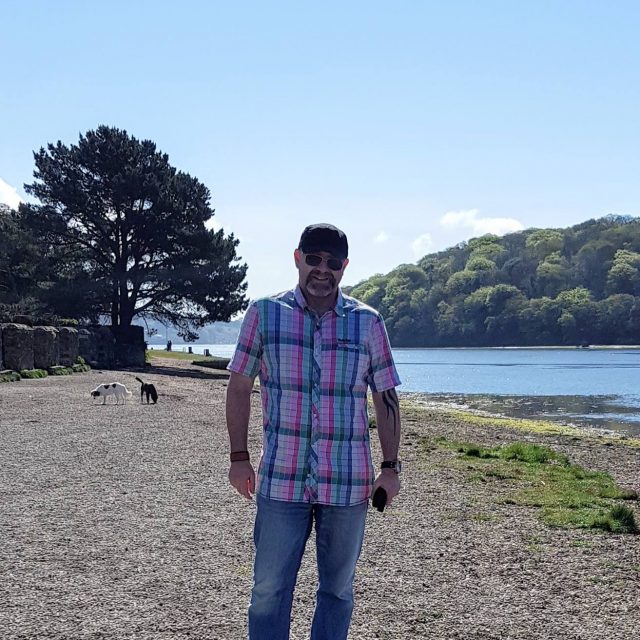 Examples of others Pseudomyxoma journeys:-

One man’s desperate quest for a brutal surgery